Blogging is old hat and no longer needed as a separate entity. There, I’ve said it. After blogging for 11 years, I have had an about face and decided that blogging for blogging’s sake is irrelevant. 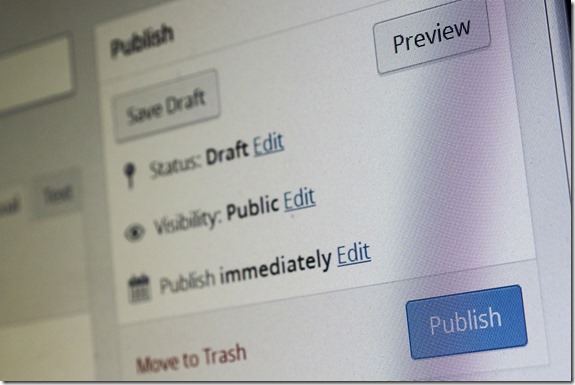 But am I right?

Blogging has been around for the whole of the 21st century.

First coined as a term “weblog” in 1997, blogging exploded in 1999 with the launch of blogging tools such as LiveJournal and Blogger which made it easy to put your thoughts down online.

Writers live-blogged events long before instantaneous tools like Twitter and Weibo were thought of. Writing down your every thought became the de-facto “thing” for bloggers to do.

I started blogging in 2004 – fairly early on in the big scheme of things blogging-wise. Back then it was the only way to be able to communicate with an audience. We were hidebound with simple newsletters, fairly poor web pages and had little opportunity to interact with our online writers or customers.

Over the last 11 years there has been a plethora of tools that enable us to express ourselves online. YouTube (2005) allowed comments, shares and uploads of visual vignettes. Facebook initially allowed us to write on another’s wall, poke each other, and post snippets of our lives.

Self hosted WordPress sites have been around since 2003. These allow all traffic to be directed to your website and blog. Blogging was an easy way to gain clicks and eyeballs of your content

Twitter, Tumblr, Instagram, MySpace, Google+ and now Tsu, the new kid on the block all allow us to express our thoughts. Even LinkedIn encourages posting directly onto its platform. We are no longer hidebound to short status updates (even Twitter has apps that enable you to tweet longer updates – or send direct messages that have no character limit.

All are discoverable by a web search. Even your public posts on Facebook can appear at the top of search results if you know the correct keywords to use.  Google+ has long indexed posts and Tsu has recently opened its doors so that its content is fully searchable.

So, with all of the opportunities to talk about what you want to, spread across numerous platforms, is blogging really necessary?  This post will propagate across four different sites – to get an audience that might find me by different means.

But will a carefully crafted bunch of content ever beat a quick post with a link to a funny video or “you’ll never guess what happened next – I was shocked” clickbait article?

Has blogging had its day? Will it be lost amongst all of the other instantaneous pieces of hurriedly curated links and status updates populating everywhere online? Or will our thoughts and musings be appreciated, discovered and relished years and years down the line as the genre evolves into something completely different…